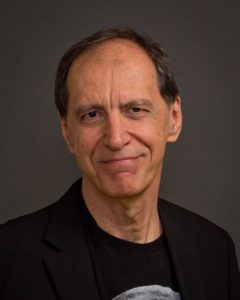 A seasoned and talented writer, John Kessel has written a delightful and wonderfully imagined mesh of Jane Austen’s civilized world with Mary Shelley’s brutal and passionate one. Love for science and the desire for connection are the threads that cleverly tie the worlds together, but Kessel has done more than just fit the characters into the same time frame; he’s created a thoroughly entertaining and fresh story with which to appreciate the characters anew.

Q: You’ve written short stories, novels and an award-winning play. Do you have a favorite?

John: If you mean which of the genres do I like to write in the most, until recently I would have said that at heart I am a short story writer. But I have written four novels, two of them published in the last year, and in doing so have come to appreciate the power that a long narrative has to explore ideas and characters at some length.

If you’re asking about specific works, I like different stories I have written for different reasons. Some favorites are my short stories “Invaders,” “The Baum Plan for Financial Independence,” and “Events Preceding the Helvetian Renaissance.” I like all of my novels, but I’m very partial to both of the new ones, The Moon and the Other and Pride and Prometheus because they are so different.

Q: Your science fiction has garnered two Nebula Awards and a Shirley Jackson Award. Who were some of your influences? Have you always been drawn to Sci-Fi as a writer?

Q: What can Sci-Fi better tell us about humanity than perhaps other genres?

John: SF is an alternative way of thinking about some of the same things that other kinds of fiction explore. By setting a story in the future or in an alternate reality or in the distant past one can divorce the characters and story from contemporary realities and so look at them more objectively than if they were set in the present. A story about conflict between a deteriorating marriage set North Carolina in 2018 will be affected by attitudes we have about our time and place; if you set it on the moon in the next century we do not bring as many assumptions about how things are “supposed” to be. Maybe the marriage is not between a man and a woman. Maybe the things causing it to be stressed are not the same as they are now.

Q: How does your physics knowledge inform your writing?

John: In some stories I use my knowledge of science a lot to set up the background. The Moon and the Other is set on the moon in 2148, and I did a lot of research to make the idea of people living in that inhospitable place convincing, showing everyday life in underground cities, for instance.

But in other stories there is really not much science. The term “science fiction” is a little misleading, in that sense. I think of Pride and Prometheus as a SF novel because it is based on the idea of using (very old fashioned) technology to create life, but the story isn’t much about the science, but about the consequences of the scientific discovery on the lives of the characters. This is true for most science fiction.

Q: In your other works, you often create entire worlds. Your latest novel, Pride and Prometheus, is a blend of two novels therefore much of the novel’s world has been created for you. Did you find this hampered or freed your imagination?

John: In some ways it freed me since I had many things given to me by Jane Austen, and in particular, Mary Shelley’s Frankenstein—my story is set within the plot of Shelley’s novel, and I did my best not to violate that story line, though I added much that is not in her book.

Of course that meant I did not have complete freedom to invent things. I had to be clever and think a lot about how Shelley’s and Austen’s characters would act in the circumstances that I invented for them. Shelly and Austen gave me a framework within which I used my imagination and inventiveness to create a new story.

Q: How did you come to the premise of Pride and Prometheus? Was it fun to write? What were some of the challenges?

John: I got the idea for Pride and Prometheus while sitting at the critique table of the 2005 Sycamore Hill Writers’ Conference, during my comments on Benjamin Rosenbaum’s wonderfully surreal deconstruction of Jane Austen in his story “Sense and Sensibility” (reprinted in his collection The Ant King and Other Stories). It hit me that Pride and Prejudice and Frankenstein were published only a few years apart. Despite big differences in content and sensibility, the two books would have sat on the same bookshelves in 1818. Yet I had seldom heard them spoken of together.

I love Austen’s novels but I would not have considered writing a novel based on Pride and Prejudice if I had not seen the opportunity to fuse Austen’s characters with the characters and plot of Frankenstein. I became intrigued as much by the differences between Jane Austen’s and Mary Shelley’s writing as by the similarities, and in writing the book thought a lot about the differences between the novel of manners and the gothic, and the odd ways in which they might speak to one another. Also, it was fun, a kind of challenging puzzle, to make them come together in a satisfying way without disrespecting either writer or her work.

Fusing the worlds of Austen and Shelley presented problems if I was not simply going to write some superficial parody. Pride and Prejudice and Frankenstein are antithetical books. Austen maintains a cool distance from her characters; she treats them with irony and leavens even the most extreme situations with wry humor. There’s plenty of psychological distress, but for the most part the most violent thing that happens in an Austen novel is an overheard conversation or someone getting caught out in the rain.

Frankenstein is full of histrionic excess, chases, and murders: an artificial human is created from dead tissue, a child is strangled, a home is burned down in vengeance, a woman is hanged for a crime she did not commit, and a man chases a monster to the north pole. There are no jokes.

The very challenge of mating these disparate tales made it a fascinating project, and the more I got into Shelley’s and Austen’s characters the more interesting the project became. Making Mary Bennet the heroine meant I had to evolve her from the sententious, clueless girl she is in Pride and Prejudice, allowing time for her to mature, to gain a little self-knowledge and sympathy.

Q: Mary Bennet comes into her own in your novel. What might Mary secretly desire that readers might not find revealed in your novel?

John: I spend a lot of time in Pride and Prometheus in the mind and heart of Mary Bennet, revealing her secrets and desires, some of which are secret even to herself. It really is her story more than it is the story of Victor Frankenstein and his Creature. I tried to make her fully as complex and real and sympathetic as I could. I think you learn an awful lot about her (or at least my version of her—not Austen’s) in the course of the story.

I haven’t thought much about the things I did not reveal about her. I suppose, if Mary has an unexpressed desire, it would be to tell off all the members of her family who ignored or underestimated her throughout her youth. But Mary is a well behaved, morally scrupulous woman who, no matter how much everyone has discounted her, would not likely do such an uncouth thing as read Lizzie or Jane or their mother the riot act.

You can read a review of Pride and Prometheus here: http://www.speculativeherald.com/2018/02/21/review-pride-and-prometheus-by-john-kessel/

Born in Buffalo, New York, John Kessel’s most recent book is the new novel Pride and Prometheus.  He is the author of the earlier novels The Moon and the Other, Good News from Outer Space and Corrupting Dr. Nice and in collaboration with James Patrick Kelly, Freedom Beach. His short story collections are Meeting in Infinity (a New York Times Notable Book), The Pure Product, and The Baum Plan for Financial Independence.

Kessel’s stories have twice received the Nebula Award given by the Science Fiction and Fantasy Writers of America, in addition to the Theodore Sturgeon Memorial Award, the Locus Poll, and the James Tiptree Jr. Award. His play “Faustfeathers’” won the Paul Green Playwright’s Prize, and his story “A Clean Escape” was adapted as an episode of the ABC TV series Masters of Science Fiction. In 2009 his story “Pride and Prometheus” received both the Nebula Award and the Shirley Jackson Award. With Jim Kelly, he has edited five anthologies of stories re-visioning contemporary short sf, most recently Digital Rapture: The Singularity Anthology.

Kessel holds a B.A. in Physics and English and a Ph.D. in American Literature. He helped found and served as the first director of the MFA program in creative writing at North Carolina State University, where he has taught since 1982. He and his wife, the novelist Therese Anne Fowler, live and work in Raleigh, NC.