The truth does not change according to our ability to stomach it,” is the epigraphic quote that begins Ann Napolitano’s new novel, “A Good Hard Look.” 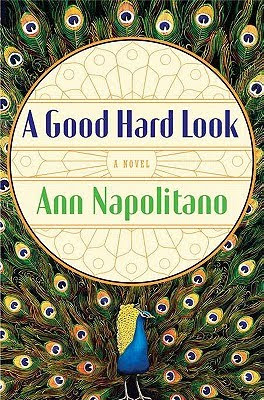 Even if you haven’t read Flannery O’Connor and experienced her unflinching characterizations and situations rendered with sharp wit, you will feel as if you know her after reading this memorable portrayal. Milledgeville, Georgia, the town in which O’Connor lived, comes to life in Napolitano’s assured hands, and its characters are just as lively and flawed as you’d expect them to be.

One of the women, a pampered belle, is terrified she’ll end up a character in Flannery’s work, an unflattering replica doused with Flannery’s acerbic humor. A boy suffers from crippling anxiety except when he’s around his summer employer. Two women take care of each other’s child and the result is that a girl gets the nurturing she needs and a boy moves too quickly into adulthood. After a wealthy, married man is asked to teach Flannery to drive, they develop a clandestine friendship, and a policeman lives for earning a promotion and little else. Firmly in the center are Flannery, hindered by her illness, yet dedicated to her work, her mother Regina, whose devotion to her daughter is deeply affecting, and a flock of raucous peacocks. As in O’Connor’s work, there are larger questions of religion and grace throughout. The people in “A Good Hard Look” are leaning toward self-destruction and one irreversible, calamitous misstep will bring others down like dominoes in its wake.

Napolitano is a gifted storyteller, recreating Milledgeville and its imperfect but well-meaning people, lending a sensibility that’s arguably in keeping with O’Connor’s vision, yet grounded in her own modern voice. In this vein, Napolitano offers us a look at characters on their rough and painful journey toward redemption.

O’Connor once wrote, “I am not afraid the book will be controversial, I’m afraid it will not be controversial.” I imagine Ms. O’Connor would have approved of “A Good Hard Look.”